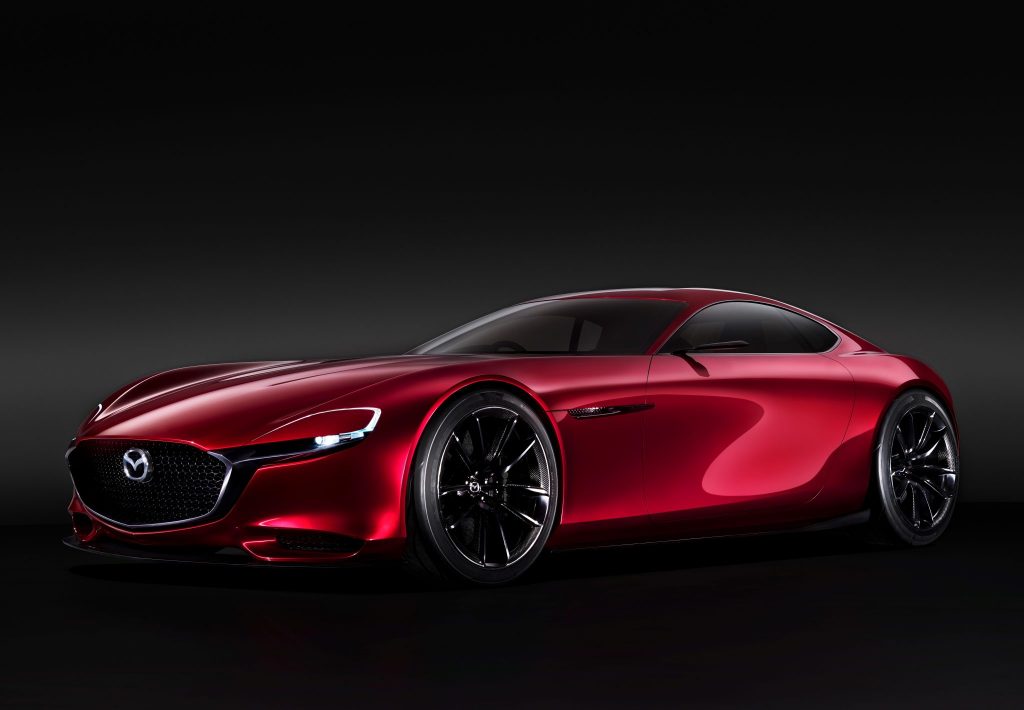 The countdown to the 86th Geneva International Motor Show has begun, and Mazda will be there again with two European premieres for the 2016 event: the award-winning Mazda RX-VISION concept and a fun, new low-emission Mazda3 in combination with the SKYACTIV-D 1.5 clean diesel.

The RX-VISION concept puts a stunning new form to Mazda’s illustrious heritage of rotary powered sports cars. Linking with the company’s one-of-a-kind range of RX-badged production models, the RX-VISION is a shining symbol of Mazda’s challenger spirit as the only carmaker to ever succeed on the market with the rotary engine. The project also provided fertile ground for the company’s designers, who came up with a unique KODO – Soul of Motion look that screams performance – and won the RX-VISION “Most Beautiful Concept Car of the Year” at the recent Festival Automobile International in France.

The SKYACTIV-D 1.5-powered Mazda3, meanwhile, adds a new dimension to the award-winning compact with the most fuel-efficient version of Mazda’s all-time bestselling model ever offered in Europe*. The latest edition of the lightweight powerplant enhances both fun and comfort care of a faster, more linear engine response to accelerator input as well as new dynamic dampers built into each piston for a smoother, quieter engine. Unveiled in Geneva in 2014, the SKYACTIV-D 1.5 was thus far available for the Mazda2 and Mazda CX-3.

Also on stage in Geneva is the all-new Mazda MX-5, fresh off an overwhelming launch phase that saw European sales nearly quadruple in the fourth quarter. The fourth generation of the legendary roadster has attracted around 15 prizes so far, including Japan Car of the Year 2015-16, Auto, Motor & Sport’s best import convertible for 2016 and What Car?magazine’s best convertible overall (as well as the best under £25,000). The remainder of the current generation line-up will be there too, including the CX-3, which is likewise off to a blazing start since arriving at dealers last summer, alongside the Mazda2, Mazda6 and Mazda CX-5.

Mazda’s exhibit can be found at stand 5150 in hall 5 of Geneva’s Palexpo convention centre. The show opens to the media on 1 and 2 March and the public from 3-13 March.