You are here: Home / Uncategorized / Hennessey Set Out to Break 0-249-0 mph record

Even though it only has 257 hp, nobody crawls out of a Lotus Exige S and says, “This car is a bit slow.” And certainly, nobody would cruise at 250 mph in a Bugatti Veyron and wished it had a bit more go. Nobody. Except John Hennessey.

He is the man responsible of the creation of one of the century’s hyperfast hypercar, the Hennessey Venom GT. John wanted to prove a point that he can build a car who can go much faster than a Veyron. He took a base Lotus Exige chassis, stretched its legs, scattered carbon fiber bits ’round the bodywork, and put a force fed GM LSX 7.0-litre V-8 block and make sure no less than 1200 hp come out of it. As if that is not manly enough, the engine is bolted to a 6-speed manual and rear wheel drive as opposed to the Bugatti’s 7-speed flappy-paddle ‘box and all-wheel drive.

The Venom went for a run, then, at Kennedy Space Center in Florida and recorded a top speed of 270.49mph. Unfortunately, it cannot qualify for the fastest production car because it didn’t sell well above 30 units, which is a Guinness Book of Records requirement. Even for an unqualified record, that was fast.

Except John thinks it could go faster still. Thus, the Venom F5 came to be. Well, not really, yet. The news is that it will be bespoke and not some Lotus body – because as we all know Lotus is endlessly rearranging its furniture – and instead of a supercharged V8, it will now go the twin-turbo route. The projected figures are all very nerve racking: 1600 bhp, 0-186 mph in less than 10 seconds, and a hypothetical 300 mph top speed. 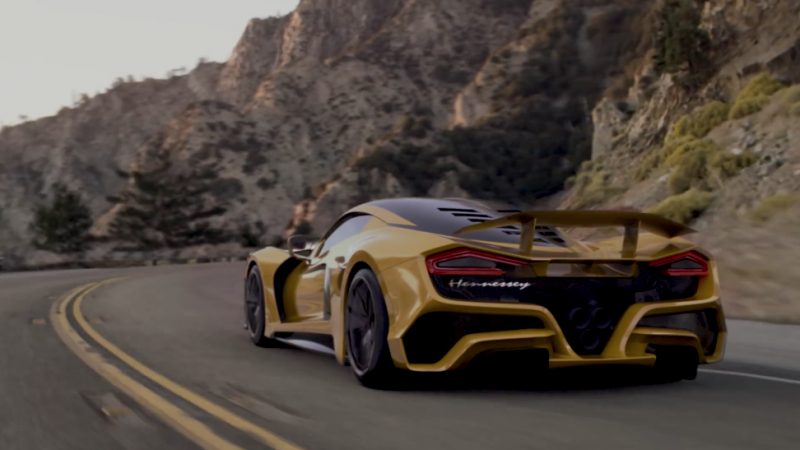 And, oh, I nearly forgot to tell you that it will go from 0-249-0 in less than 30 seconds. Remember the Koenigsegg Agera’s showing of 36.44 seconds? To the John Hennessey’s of the world, that is considered utterly sluggish.