Introduced last year, the Hypercar Collection is an invitation-only display of the ultimate machines. Nowhere will you see such a collection of cars together under one roof at the same time. Produced either to order or in strictly limited numbers, they represent the absolute pinnacle of the automotive industry. 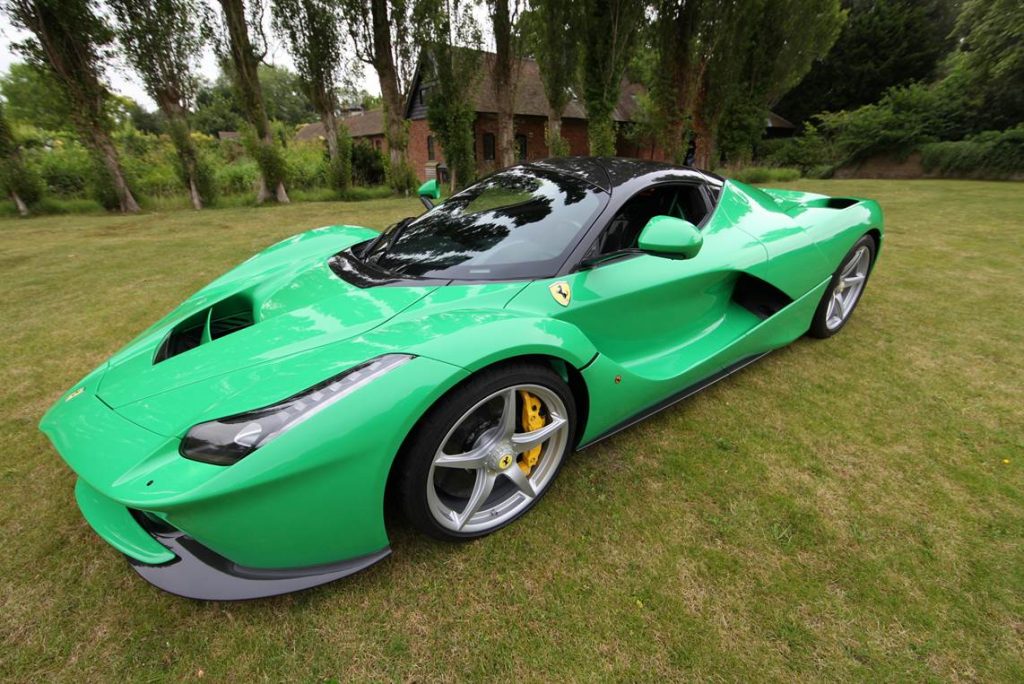 They are mesmerizingly beautiful, ultimately purposeful and totally unique, designed and built by perfectionists for perfectionists.  With 1000’s of horsepower between them, 0-60 sprints in under 3 seconds and top speeds well in excess of 200mph, they are exceptional in every sense.

Using the latest technology as well as the most expensive materials, they are crafted out of the pursuit of excellence and represent the jewel in the crown to the manufacturers proudly presenting them at the event.

With only 499 LaFerraris to be built, Jay Kay is among those fortunate enough to get hold of one of the 217mph machines in bright green worth a cool £1.2 million.

“I’ve been watching this car and going down to the factory and chatted with Flavio Manzoni , the designer of the car, and Luca [de Montezemolo, Ferrari’s chairman] a few times.  I remember about two years ago speaking to Luca about it and he said how it looked like a jet and they are still going through development. But the great thing about Ferrari is that every single thing on the car is doing something. It’s not for show.”

The Swedish Hypercar – Koenigsegg One:1 was first unveiled at the Geneva motor show in March.  The One:1 is so called as it has a power-to-weight ratio of 1:1 – it weighs 1340kg and produces 1322bhp (or 1340 metric horsepower).  Only six examples will be built and all of them have been been pre-sold!  For the One:1, a claimed top speed of more than 273mph is quoted, which would make it the fastest production road car in the world.

Alongside Pagani’s Huayra and the P1 from McLaren, these stunning Hypercars will be making a three day pit-stop in London from the 3rd September with the focus well and truly on them at The British Supercar Show on Friday 5th Sep at the end of which, one of them will go home with the award for ‘Most Spectacular Hypercar’ voted for by the guests.

“This is still the only automotive event in the UK to focus purely on the premium automotive sector where cars are openly displayed on the lawns in an un-crowded relaxed garden-party atmosphere – and of course a rare opportunity to see the prowess of so many hypercars parade through Syon Park.”

Salon Privé is a boutique automotive Garden Party which opens on Wednesday 3rd September with the crème de la crème of classic cars from around the world competing in the internationally-renowned Chubb Insurance Concours d’Elégance.

Tickets to Salon Privé 2014 are available now and can be purchased either by calling the Ticket Hotline on 0808 100 2205 or online at www.salonprivelondon.com/product-category/full-hospitality/