You are here: Home / Crashed / Formula 1 is Entertaining Again!

It has been a while since we have done this sort of post. Mainly because Formula 1 has become less dramatic, more politically correct. And thus, boring.

No more are the days when there were crashes and flames. Well, some crashes still show up here and there. But from racers I could not be bothered to remember the name of. Who the hell is Esteban Ocon?

But there seems to be a returning to form. Lewis Hamilton has taken the lead after winning the French Grand Prix. But this was only because Sebastian Vettel was penalized. He crashed. Yaaaay! 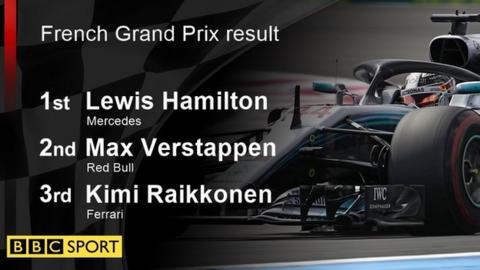 No, I don’t mean it that way. I do not hate Vettel at all. Rather, it is the first time in five years that I have seen that kind of drama. Mainly because I haven’t watched F1 in a long time. Mainly because it lulls me to sleep. If Max Verstappen or Kimi Raikonnen suffered the same fate, I’d still jump for joy and hold my junk.

Vettel collided with Valtteri Bottas early on at the race damaging the Finn’s rear tires while he dealt damage to the front wing of his Ferrari. The German was penalized for causing havoc behind Hamilton. But, still, props to him as he displayed how brilliant he truly is by clawing through the race and finishing fifth.

But the real story here goes to British Lewis Hamilton. He stayed cool and composed throughout the race and finished with no fuss and very little drama. Which is exactly the reason everyone started to watch Orange is the New Black instead of F1.

But to Hamilton’s credit, he did not cause such mayhem that helped him extend he lead he already had.

Well here’s a little something from Hamilton:

“I feel very grateful, just grateful for a solid weekend. My guys, I’ve been with them for six years and they’re just continuously pushing the boundaries and never giving up, so I’m just forever grateful for all their work, here at the track and back at the factory. This is a great day. I enjoyed the race. The weather was good, and the fans have been crazy today, it’s been really good to see so many people here for the French Grand Prix. So for me, personally, it’s the best French Grand Prix I’ve ever had.”

Who also said, after the commanding win UK against Panama in the World Cup, “I’m so happy for England, it’s a beautiful Sunday.”  Indeed it is.

Now for the stuff that you need to know before heading back to watching on Netflix: