David was recreating for Octane magazine’s 150th issue one of the most famous road tests ever undertaken, attempting to match the 150 mph a Jaguar E-Type reached on a Belgian motorway in 1961, and he nearly made it! 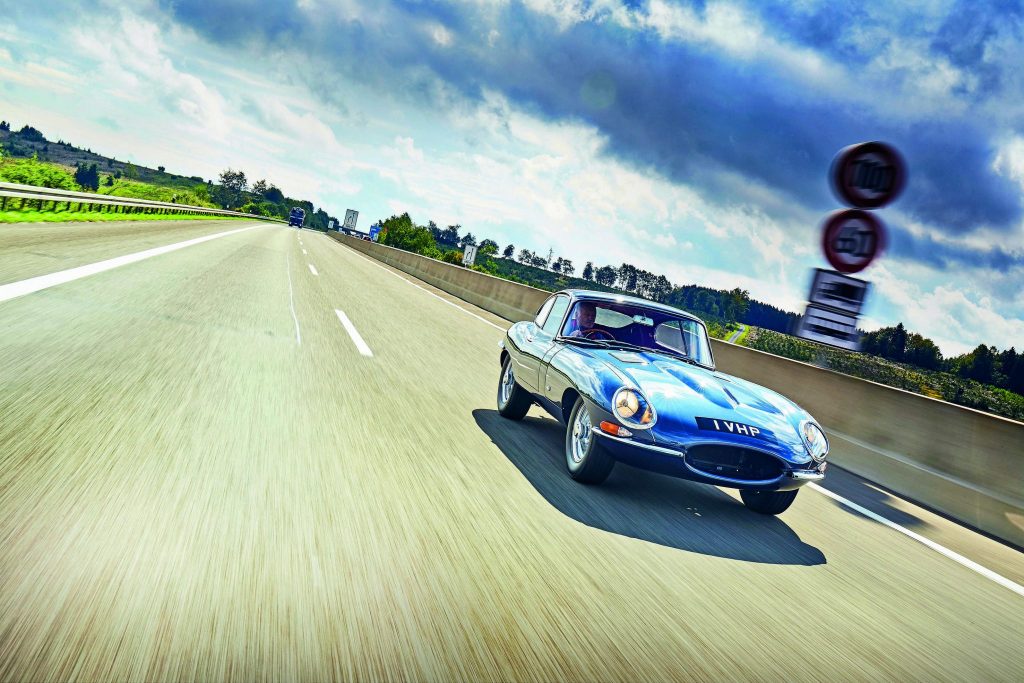 David said:  “I saw 146mph and it was still accelerating when I had to back off because of cars and lorries in the distance.  When you’re travelling at that speed you have to err on the side of caution. You’re catching other traffic up quite quickly and you have to remember that there’s no ABS, although the brakes felt strong and progressive.It would comfortably have reached 150mph. Of that, I have absolutely no doubt.”

In 1961, Autocar took E-Type 9600HP to Belgium for a high speed test, looking to assess Jaguar’s claim that a standard roadgoing E-type could achieve 150mph.  This claim was validated in the historic road test, and Octane ventured to recreate the event using a similar car, E-Type 1VHP, chassis 860001.

The car was restored in the early 2000s by CMC, one of the world’s leading restoration companies, and is regularly serviced and prepared by the company.

Nick Goldthorp, Managing Director of CMC, said: “For safety’s sake, we could leave nothing to chance with the preparation of the car.  The demands of running at 150mph are very different from those required at half that speed.”

For this occasion, the team at CMC went through the car with a fine attention to detail, fitting new wheels and Avon CR6 ZZ tyres and checking every mechanical element. The car’s engine was even dyno-tested on a rolling road and a higher capacity fuel pump was installed as well.

Peter Neumark, Chairman of CMC and owner of the car 1VHP, said: “Chassis 860001 was built on 10 July 1961 and despatched on 26 August to Henlys in London as a demonstrator, which makes you wonder how many famous personalities sat in it during the first few weeks. We restored it to factory condition in the early 2000s and I drive it a lot.”

David Franklin, who has been competing in motor sport since 1965 and has been a champion in disciplines ranging from HSCC Historic GTs to hillclimbs and sprints, was incredibly impressed with the condition of the E-Type.  He said: “It rode very well, and the engine seemed notably smoother above 3500rpm.”

The official reading on E-Type chassis 860001 was 146.49mph, a result that greatly impressed Peter, who said: “I thought it would do well to get to 135, maybe 138mph, so I’m absolutely delighted. Well done to David Franklin!”