You are here: Home / Manufacturers / Centenary Celebrations Ensure Biggest Ever Presence For Maserati At Goodwood Festival Of Speed

Maserati accelerates its centennial celebrations in the UK with a spectacular display of its illustrious 100-year history at the Goodwood Festival of Speed. The luxury Italian sports car brand will be taking over the Stable Yard at the Goodwood estate for the duration of this year’s event with its largest ever display of cars past and present.

Headlining the festivities will be the Maserati Alfieri Concept, which will be making its UK public debut at the premiere event on the British motoring calendar. Named after one of the legendary Maserati brothers, the Alfieri Concept recently received the Design Award for Concept Cars & Prototypes at the Villa d’Este concourse. The Alfieri concept is a sleek 2+2 sports car which hints strongly at the future of the Italian brand’s design DNA.

Also on show at the Festival of Speed will be an array of some of Maserati’s most iconic machines from across the eras; the 1960 3500 GT and 1964 Mistral Spyder – which is valued today at over £300,000 – as well as original first generation Quattroporte and Ghibli models from the 1960s. Alongside the classic cars, Maserati will be showcasing its current line-up in full; the newest model in the range, the Ghibli Diesel, as well as the Quattroporte Diesel and a GranTurismo MC Stradale featuring a special carbon fibre bonnet. In another UK debut the GranCabrio MC Centennial Edition will also be on the Maserati stand. 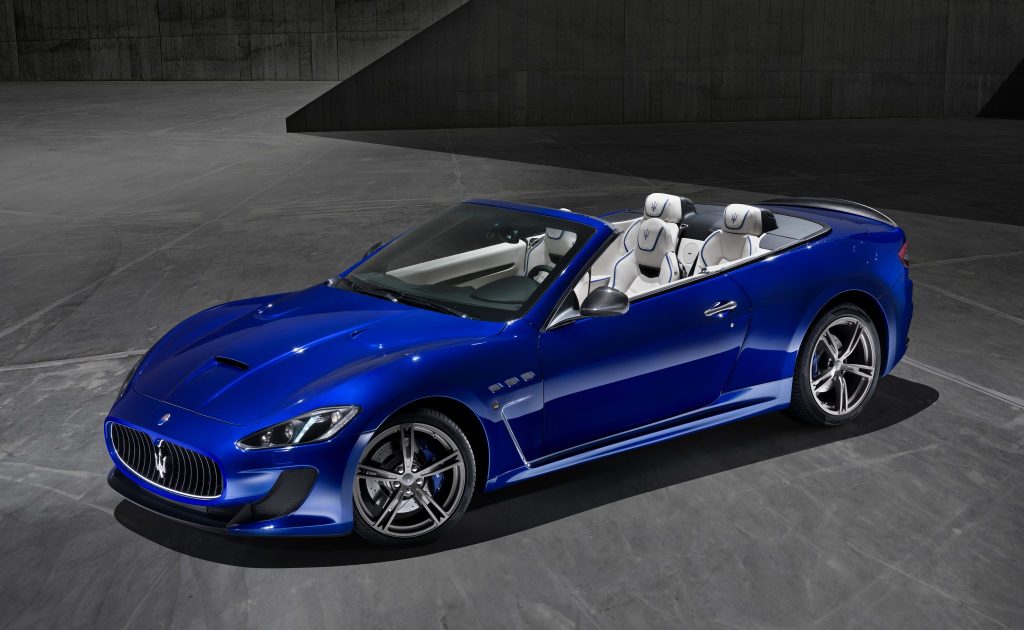 Italian artist, Enzo Naso, will be at the event with an exclusive collection of 39 historic Maserati motorsport ‘lithographic’ posters from the ‘A Century of Victories’ album – a special art project made up of 100 images which has been commissioned as part of the company’s centennial celebrations. Throughout the festival Enzo will be in the Stable Yard completing artwork on a special poster featuring Stirling Moss racing a Maserati 250F to victory at Goodwood motor circuit in 1954.

On the famous Goodwood Hill Maserati will quite literally be in a class of its own. The brand has been assigned its very own class; ‘100 Years of Maserati’. A parade of over 20 Maseratis from the past 100 years will complete the iconic hill run in a momentous display of Italian sports car heritage. Models taking part include the quintessential racer; the Tipo 26M – the oldest Maserati at the event – and the 1957 Formula One world championship winning 250F. Also taking part from the Indianapolis Motor Speedway Hall of Fame is the 8CTF Boyle Special which recently relived its final Indy 500 victory lap exactly 75 years later. The historic Maserati cars will be displayed in the Cathedral Paddock over the weekend.

The Maserati GranTurismo MC Stradale and GranCabrio MC will also entertain spectators with the unmistakable sound of their stirring 4.7-litre V8 engines as they participate in the Michelin Supercar Run.

Maserati will also be a dominant presence in the Cartier ‘Style et Luxe’ concours d’elegance situated on the Cartier Lawn. Several Maserati models will compete in their own class, “The height of fashion” as Cartier marks its 20th appearance at Goodwood Festival of Speed. The exquisite display of 1950s sports cars includes the Maserati A6GCS Berlinetta, the race-bred racing prototype 150 GT Fantuzzi Spider and the classic A6 1500 Pinin Farina.