You are here: Home / Latest News / Aquaplaning Is Always Going To Be Scary 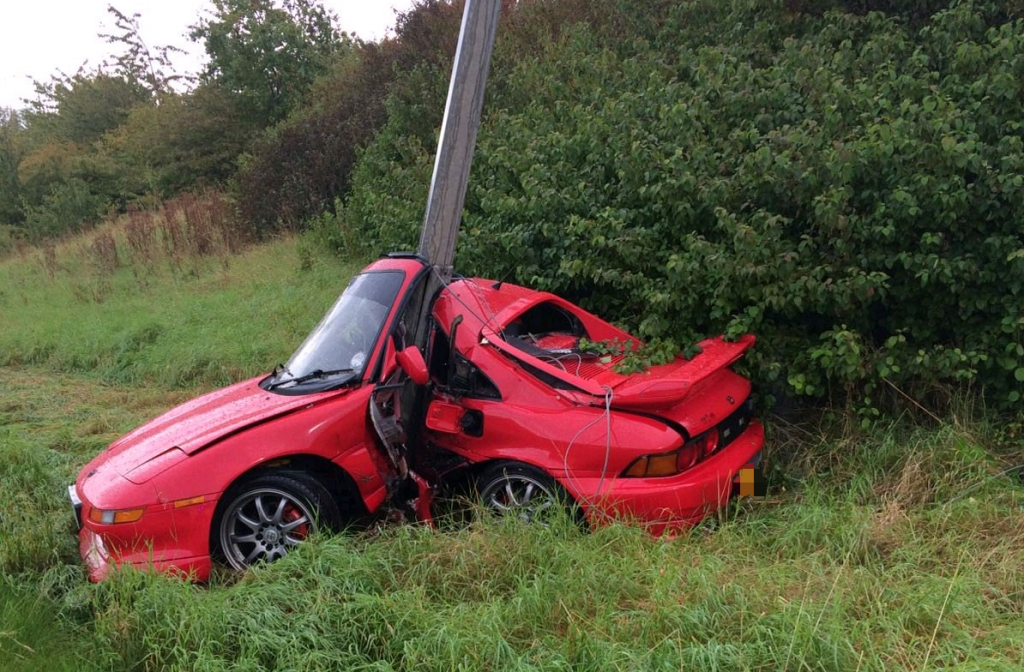 If you go aquaplaning it means you have no traction. And without traction you will have no brakes; no control. And if you’re in a supercar that would make you pee yourself. It is absolutely horrifying.

We all know that if you drive a supercar, you will end up in a tree. Fortunately, this MR2 driver isn’t driving a supercar. So he hit a lamppost. Or more correctly, his car hugged it. Good to know that the chap wasn’t hurt. He only had minor injuries.

The crash took place between junctions two and three on the A50. The Derbyshire Roads Policing Unit tweeted: “A50 J2 to J3. Lucky to escape with minor injuries after hitting standing water then a Lamp Post. Drive to the conditions. #DriveToArrive”

A50 J2 to J3. Lucky to escape with minor injuries after hitting standing water then a Lamp Post. Drive to the conditions. #DriveToArrive pic.twitter.com/AMU6p60cDc

A Derbyshire Constabulary spokesperson said: ‘We got a call at around 5pm to alert us to a collision involving a Toyota MR2. When police arrived, the driver was stood out of the vehicle complaining of minor injuries, mainly pain to his back and ribs, and he had got some cuts and bruises.’

Unfortunately, we haven’t a video to show. But wouldn’t it be bonkers if we had? You would be perplexed how a car looking like it was kept the driver alive. But do remember TopGear’s thrashing of a Hilux and you will notice that they’re both made from the same company. Toyota. Read: bulletproof reliability.