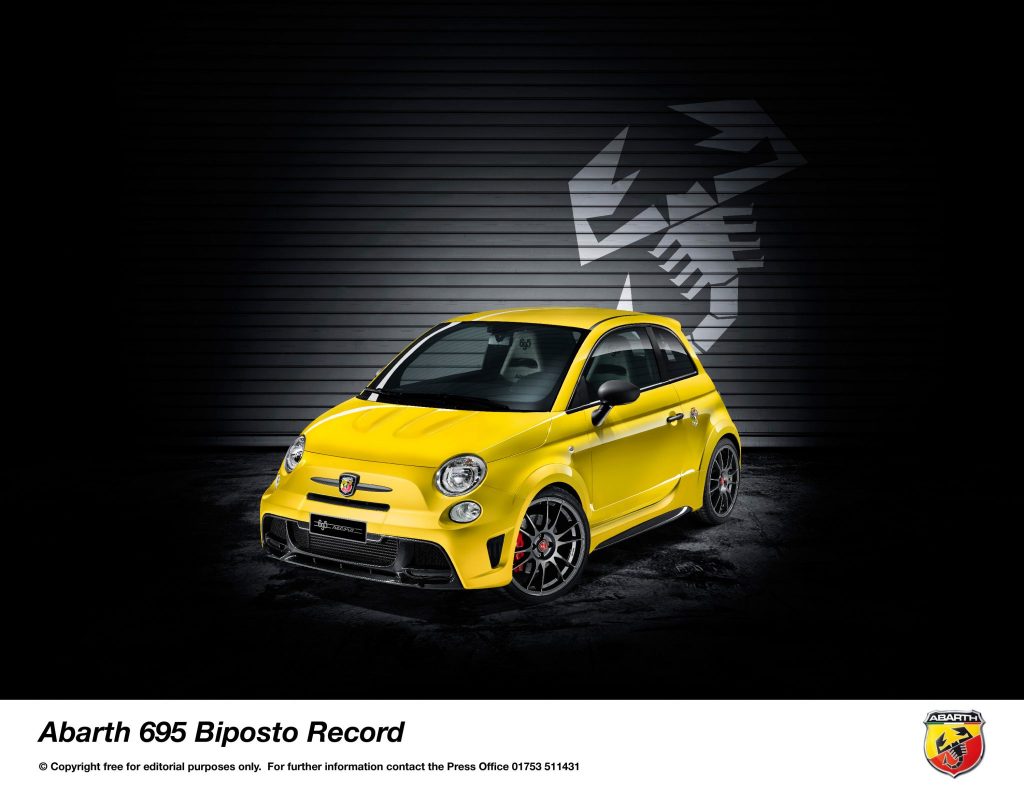 Just 133 examples of the striking 695 biposto Record will be built for worldwide distribution. An exclusive ‘Modena Yellow’ finish embellished with ‘Tar Cold Grey’ trims, enamelled ‘695 Record’ badge on the side and aluminium bonnet are all standard features.

The 139hp/litre specific power is remarkable and sets a new record in its class. Performance is secured by a mechanical self-locking differential combined with a manual synchromesh gearbox.

The Abarth 695 biposto Record celebrates the 50th anniversary of the day when, aged 57, Carlo Abarth broke a new acceleration record in a Class G car, at the Monza race track. Unable to find the right driver, he decided to lose 30 kilograms in weight to slip into the tight cockpit himself.

His efforts were rewarded in October 1965: Fiat Abarth ‘1000 Monoposto Record’ Class G, 105 HP broke the acceleration record over a quarter of a mile and 500 metre distances.

“The stunning Modena Yellow colour is enough reason for anyone to want to own a 695 biposto Record,” says Gerry Southerington, brand manager, Abarth UK. “Add in the awesome performance, the standard equipment, the history, and the fact that only 133 examples will be made, we are confident that the car represents a very desirable package that will strike a chord with the Abarth enthusiast.”