You are here: Home / Archives for Huracan 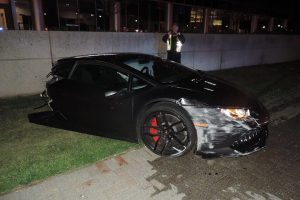 I still fondly remember the opening scene in Transformers: Dark of the Moon movie back in 2011. There was an Audi R8 named Sideways. He did not last very long as he ended up being sliced in half by a Corvette named Sideswipe. The lesson that can be gleaned from this is that when you drive supercars … END_OF_DOCUMENT_TOKEN_TO_BE_REPLACED